Loading…
Skip to content
Utopium‘S VC/VT highlighted by LOUD! #154 as the best portuguese album of 2013!
Utopium’s statement:
“Like we said, 2013 was a big year for us and it couldn’t have ended any better than by being featured (double time) in LOUD! Magazine, in their Loud!DJ section but mainly as #1 Portuguese Album in their 2013’s Music Poll! We would like to thank all the people that supported us but most importantly the ones that helped us in any way with the birth of VC/VT. You know who you are, and WE know who YOU are! Cya out there” 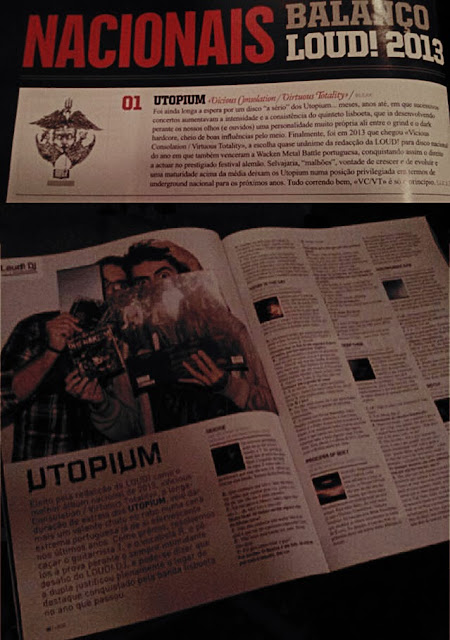