Loading…
Skip to content
Process of Guilt confirmed for Burning Light Fest 2015 . February 07/08
Festival’s announcement:
“Process Of Guilt are currently beyond any patriotic circumscription – they cut off the restrictive ropes of nationality and represent the very best of what the European sludge|doom has to offer. It is with no particular surprise that we watch the praises, coming from the ever reliable sources Pitchfork, Rock-A-Rolla Magazine, Decibel Magazine and CVLT Nation fall upon them: we saw Process Of Guilt being born, expand and turn into this overpowering and destructive convoy. Their last war piece was engineered for a much-need battle with their old Swiss allies Rorcal – the three movements of “Liar”, present on the recently released split, are nothing but soul-crushing. A thing to witness on first hand at Burning Light Fest.” 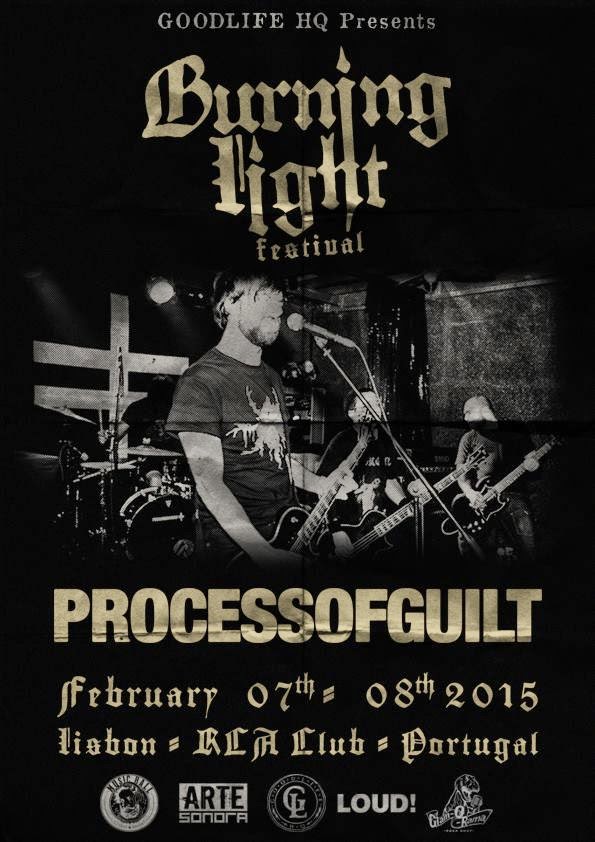